The Territories' economic growth is expected to be strong over the next two years as it recovers from major shutdowns in key sectors during the COVID-19 pandemic. Moreover, several mega mining and construction projects are slated to begin across the three territories in the short-term that will provide a boost to employment.

Yukon's economic growth is forecasted to be the strongest among all three territories over the next few years, as two new mines are projected to come online. According to the Conference Board of Canada, the territory's GDP growth will average 6.7% over the next three years.

N.W.T.'s economy struggled for the past two years, particularly in 2020 amid the pandemic. The territory's GDP contracted over 10% that year. The territory's GDP bounced back 3.7% in 2021, fuelled by increased diamond production at the Ekati mine and three new metal mines underway.

Nunavut's economy is projected to be strong over the next two years due to increasing mineral production at four mines and an additional new mine to begin production in 2024. Between 2021-2023, the territory's GDP growth will average 5.5% annually.

The combined employment of Yukon, N.W.T. and Nunavut increased considerably in 2021, up 6.7% to 59,100, as the Territories' labour market continued to recover from the pandemic. The majority of all public recreation facilities, schools and non-essential businesses and services have reopened, allowing many employers to bring back staff.

Graphic: The unemployment rate for the combined Territories decreased in 2021 to 6.5%; -1.1 percentage points over 2019 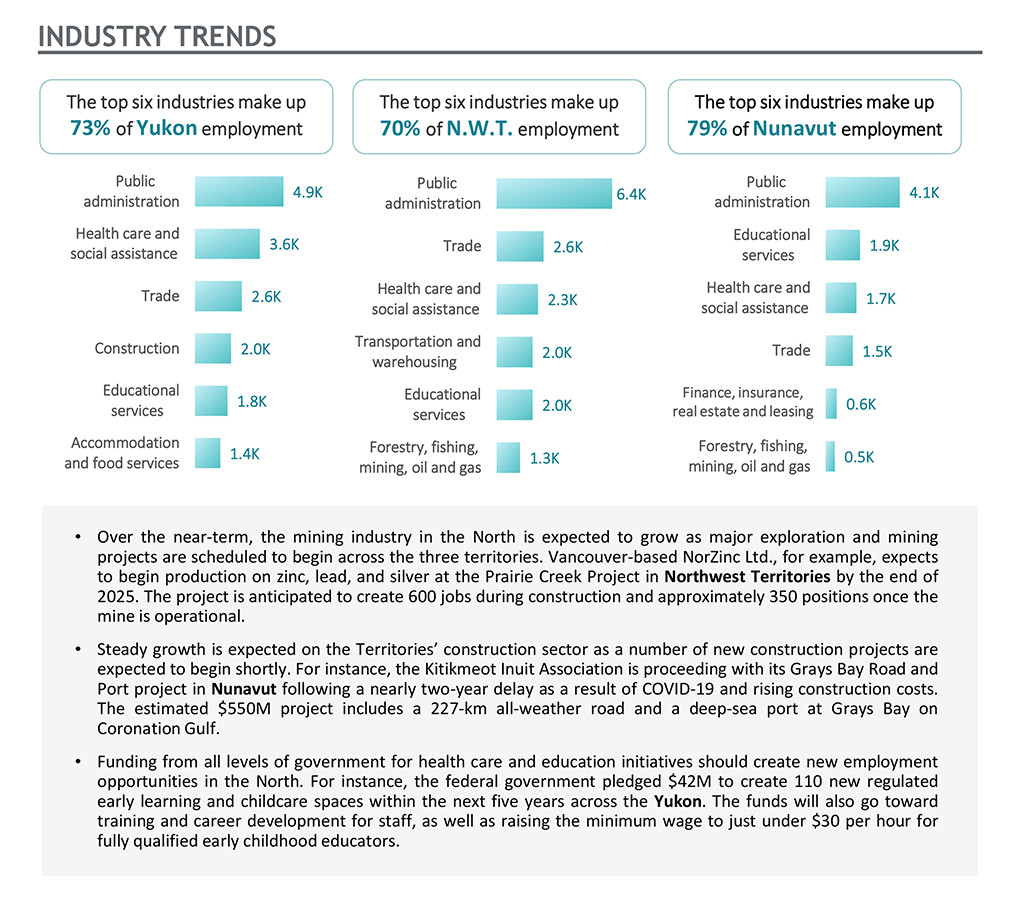 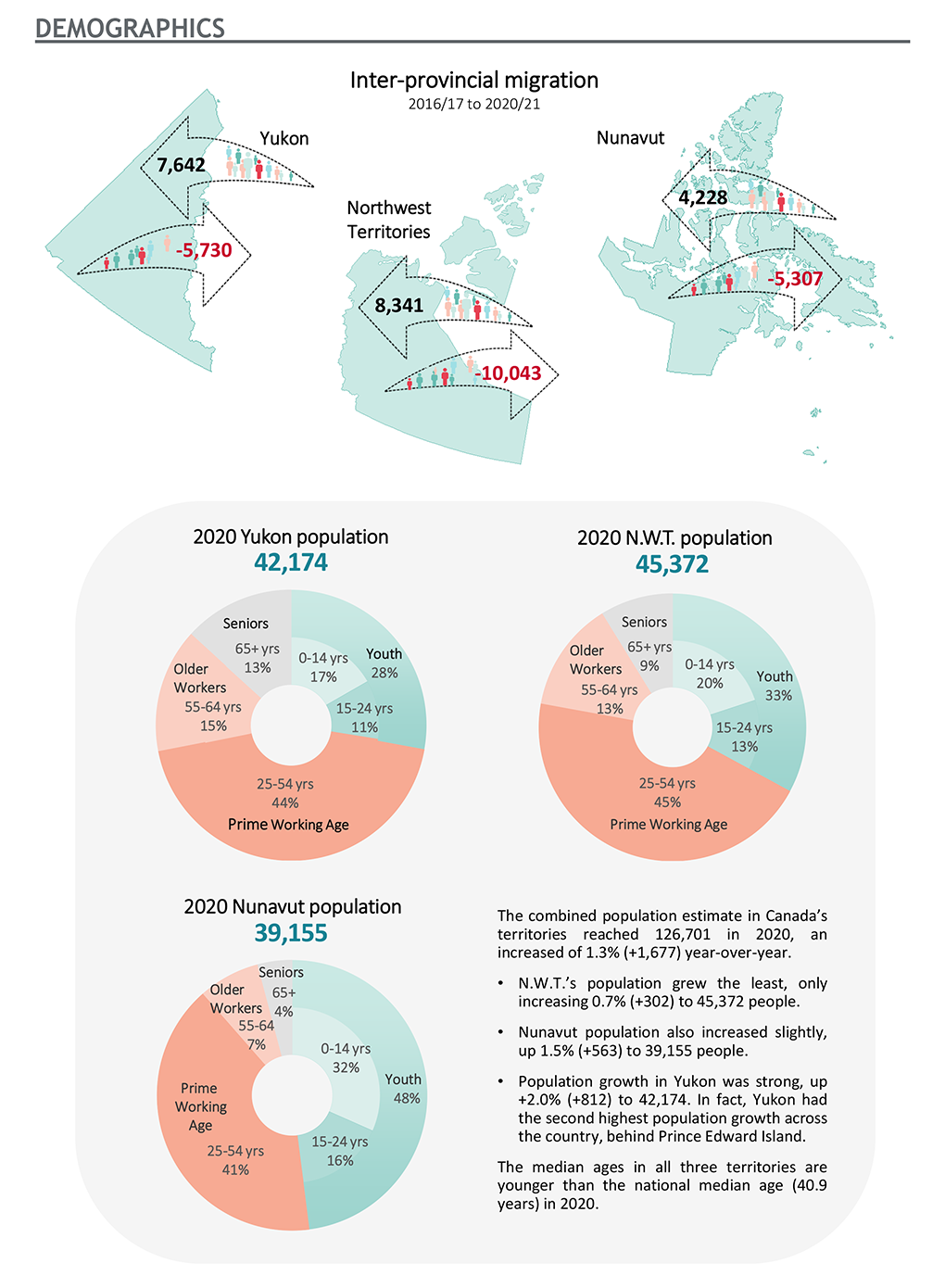 The median ages in all three territories are younger than the national median age (40.9 years) in 2020. 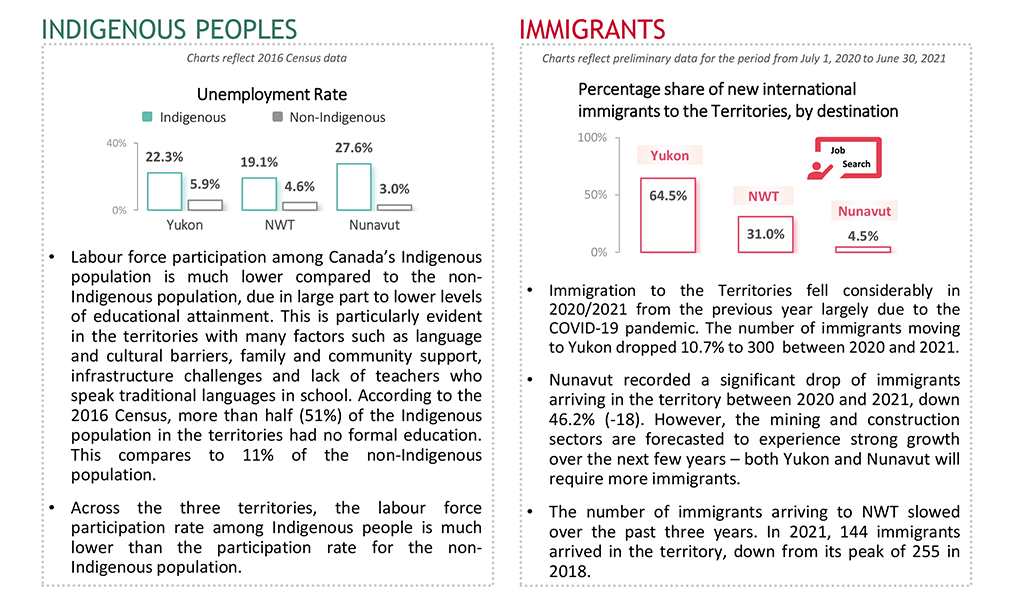 Graphic: Percentage share of new international immigrants to the Territories, by destination 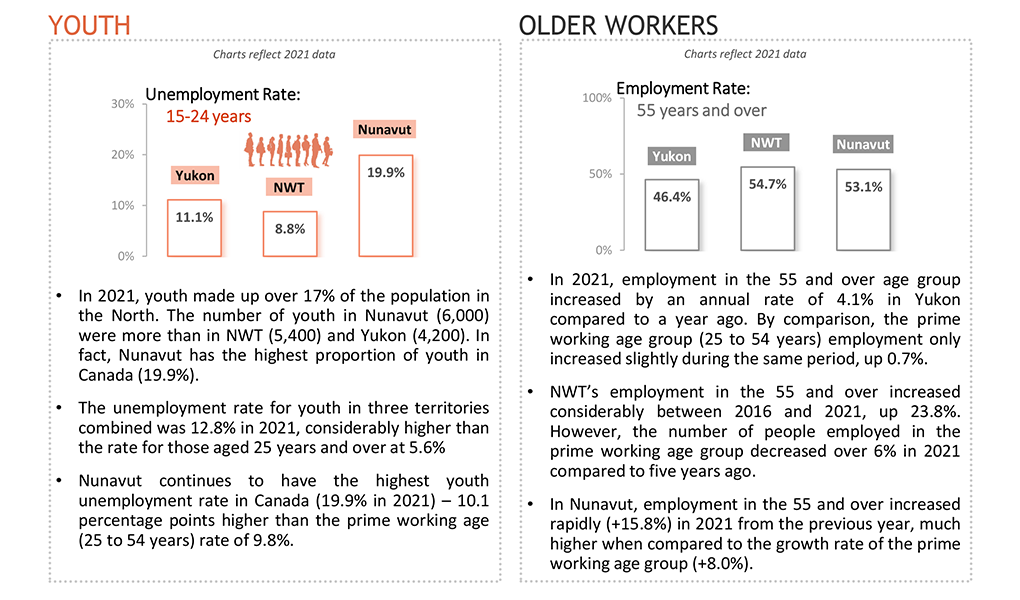 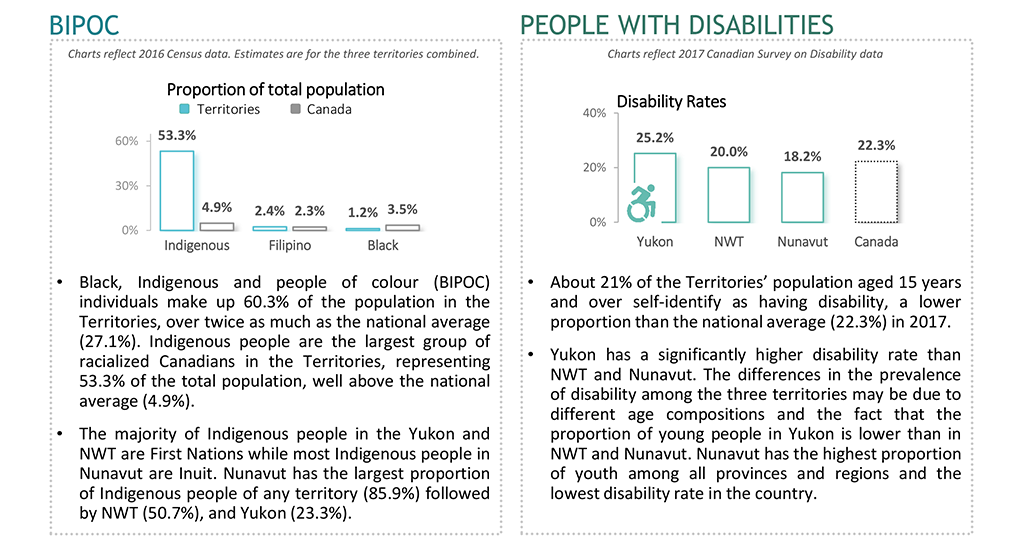